Designed by Wayne Stettler for VGC in ca. 1965. Shown in a single weight in VGC’S 1972 catalog. Peter Bain mentions three weights in his list of Photocomposition Display Faces (Incipit, 2007).

Digitized by Stephen Banham and Heather Walker at Letterbox as a custom typeface for the City of Melbourne in 2014. Not available for licensing. 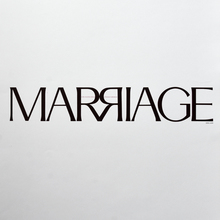