“Square Gothic is a medium-weight Ludlow face, similar to Gothic No. 545 but with a more contemporary feeling and nuch better draftsmanship. It is also similar to Gothic No. 3, advertised by Laclede Type Foundry in St. Louis as original. Since Robert Wiebking worked at the times for both Laclede and Ludlow, it is likely that he is the designer of this face, probably around 1920. Square Gothic Heavy was the original Ludlow version of Franklin Gothic.” [McGrew] Others sources credit Robert H. Middleton. [Reichardt]

Square Gothic in use 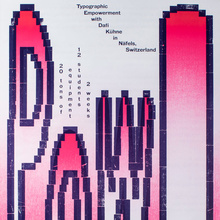