A monolinear all-caps face made mostly from straight or almost straight lines. Shown in Photo-Lettering’s Alphabet Thesaurus Vol. 2 (1965) as Apache, with bouncing baseline and ligatures.

Edessa JNL (Jeff Levine, 2010) is “a Greek-styled alphabet found in an old book used by sign painters”. It might be based on the same source as Apache and is used for the sample. 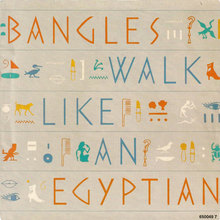