Released by Filmotype in 1955. Hickory is a bolder style. Liberty is an oblique, Jackson a wide oblique, and Lilac a bold oblique.

Dieter Steffmann’s Honey Script (2000) is a limited freebie digitization in 2 weights. An official high-quality digitization with a large set of automatic alternate contextual characters and ligatures as well as extended language support was provided by Mark Simonson in 2010. 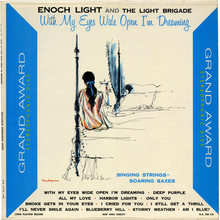