“When Monotype suggested that Goudy design a type that that company might bring out after his death, to be called Goudy Thirty (from the newspaper term for the end of a story), he thought of a design he had started for a western college. That commission had fallen through, so the design was unfinished. […] Completed in 1942, it was kept under cover by Monotype and not released until 1953—long after his death in 1947.” — Mac McGrew

Digitally revived by the Lanston Type Company before 2005.

Goudy Thirty in use

Tome of the Crystal Wizard –Iagon2018 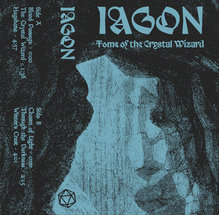 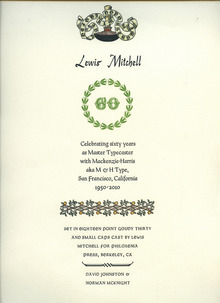