Steelplate Gothic is the BB&S equivalent of Copperplate Gothic. Most of the series came from the Western Type Foundry when BB&S acquired it in 1918. The Light Extended was originally Western’s Farley, advertised in 1907, while the Heavy Extended was Western’s Perry. All were cut by Robert Wiebking. Steelplate Gothic Shaded, which lacks the tiny serifs of the other faces, was drawn by Wiebking in 1918. It was recast by ATF in 1954. [McGrew]

Steve Jackaman (ITF) digitized the shaded style in 1997 (used for sample). In 2017, he completely redrew and expanded the family, adding an unshaded (but still serifless) style and new condensed variants as well as small caps.

Steelplate Gothic in use 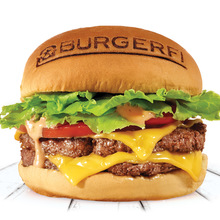