Modeled after a textura by Caslon [1925 Bauer ad] which in turn might be based on a textura used by Wolfgang Hopyl in 1514. [Wetzig in AR] First cast in 1899 [Reichardt, Wetzig in AR] or 1900. [DIN Schriftkartei] Details are quite different across the various sizes. Alternates were available for NVWYZ.

There is a digitization by Gerhard Helzel (as Manuscript-Gotisch, 2002) and a less clean freebie by Petra Heidorn (Moorstation, 2004, used for the sample), both based on a larger size. Gotico Black (GroupType, 1995) is based on the same source, too. Lindenthal’s digital Manuskript-Gotisch is a similar but seemingly unrelated design. 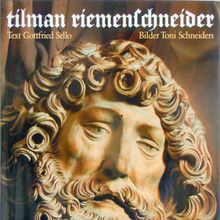