“Dover is a long-running exploration of the quintessential British types. It is an attempt at historical design fiction: what if Caslon and Gill Sans had been designed by the same person? What if that person were me?” — Robin Mientjes

Released in July 2016 in Roman and Italic styles, together with Dover Serif Display. Dover Sans Text and Dover Serif Text followed in December 2017.

Dover Sans Display in use 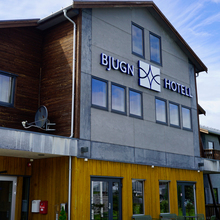