Designed by Edmund Thiele as an open addition to Troubadour mager and Troubadour halbfett (matrices provided by Wagner & Schmidt), and issued in 1931 by Haas as Troubadour licht. Also sold by Stempel and Berthold, who both had a joint venture with Haas since 1927. Known abroad as Troubadour Open. Offered in a specimen by Haas France as Donatello Éclairé. Still cast by Gerstenberg as under this name (Donatello was Nebiolo’s name for Troubadour. It is unclear whether the open style ever was cast by Nebiolo).

Troubadour Open in use 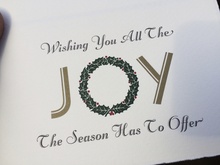