The closest digital interpretation in this style is Miller.

For other typefaces in the Scotch grouping see Modern/Scotch. 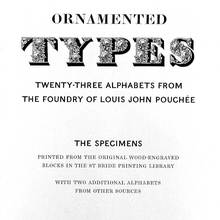