Richard Turley just comes out and says it. 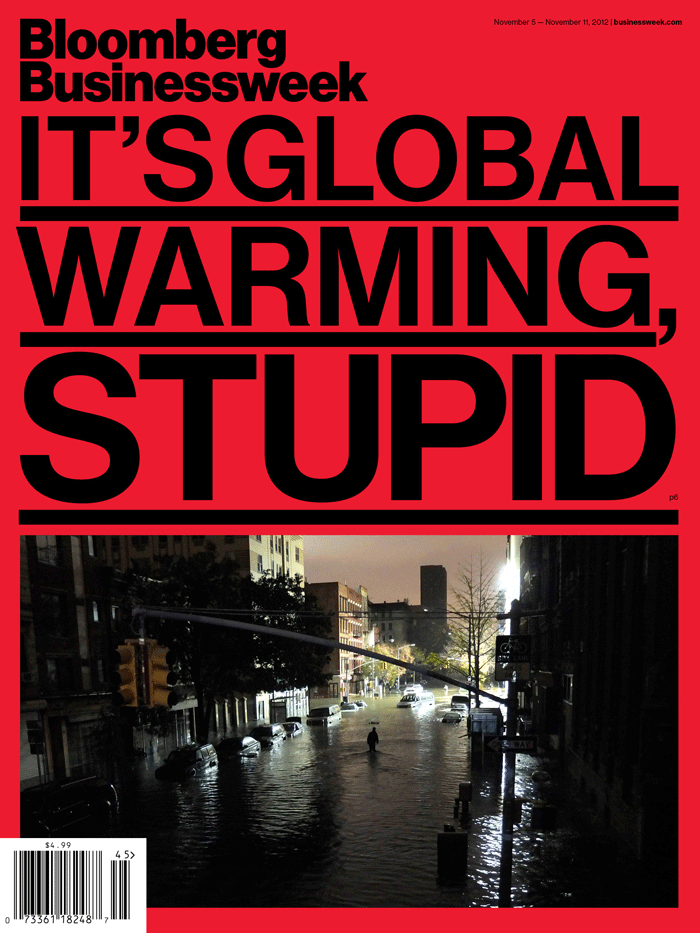 Under the direction of Richard Turley, the new Bloomberg Businessweek is having a pretty good run, winning the hearts of designers with their direct typography and inventive infographics. The magazine takes a lot of design chances, especially noticeable as it’s sitting on the shelf next to much more conservative financial titles. Turley talked about this in an interview with Business Insider last year:

We have this thing when we’re talking called “noble failure”, where we really try and kind of press an idea and not be pissed off if it doesn’t make it. We experiment and just see if it happens, and I guess 50–60% of the time that ends up in the magazine.

This cover must be the result of one of those bold experiments. While the country is reeling from the effects of Hurricane Sandy, Turley takes the opportunity to simply declare what everyone else is hemming and hawing about: “IT’S GLOBAL WARMING, STUPID.” 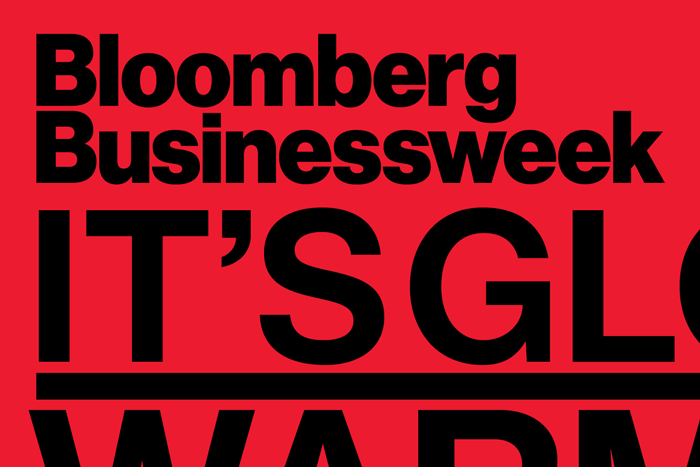 Because I am maladjusted, the first thing I thought when I saw it was, “Hey, why such a tiny wordspace between IT’S and GLOBAL? Next to the gap created by the apostrophe it almost makes the two words read as one. Was it sacrificed merely to make the type as large as possible? Or maybe it’s all supposed to look as raw and unfinessed as possible — pounding you over the head with a plain fact.”

Of course, I was thinking too much. It doesn’t matter to normal readers, who will only see the statement: bare and brash. It’s a perfect cover. How can you see anything else on the newsstand with this brutal truth staring you in the face?

The type is Bloomberg’s staple Neue Haas Grotesk, the revised Helvetica that goes back to its roots and offers warmer readability in the Text fonts and cleaner precision in the Display. One of NHG’s distinguishers is a straight-legged ‘R’ that was once available in the metal Helvetica but lost in digital releases. Businessweek normally uses this alternate but it opted for the curved leg here, presumably because it’s more like the “default” Helvetica, adding to the raw, undesigned effect. 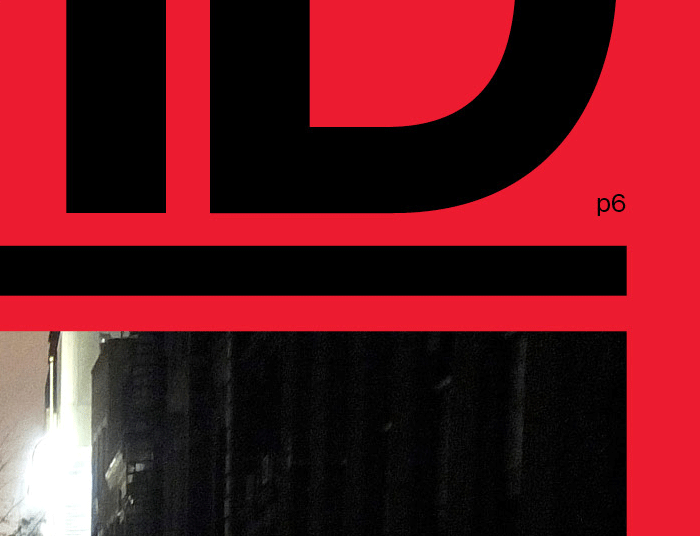 A nice finishing touch: the “p6” acts as a period while leading you directly to the story. 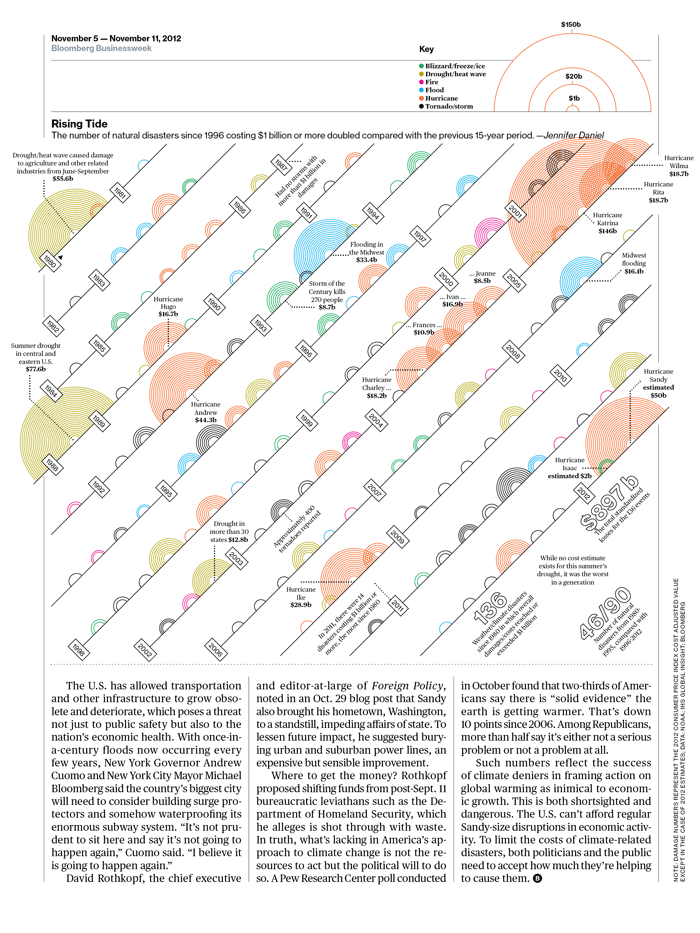 As expected, the article is illustrated with one of Businessweek’s signature charts. This one by Jennifer Daniel illustrates the financial cost of increasingly expensive natural disasters in the U.S. since 1996. You can see it bigger at the Tumblr blog generously provided by the magazine’s design department where they often add some insight about their process.

Borealis: trees and people of the northern forest by Jeroen Toirkens and Jelle Brandt Corstius2020