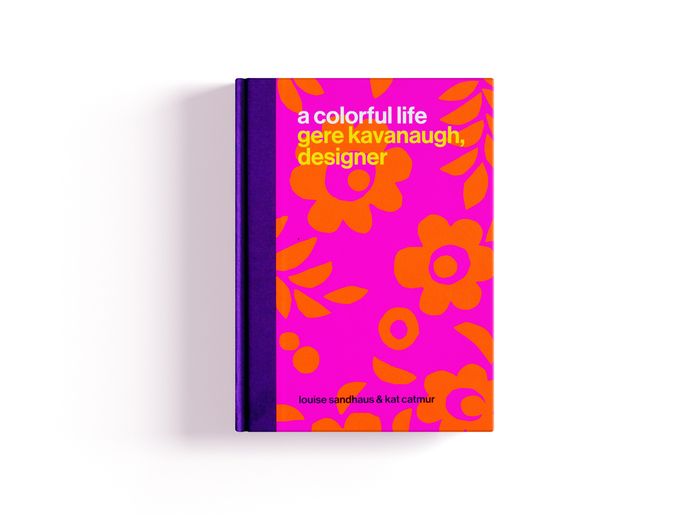 In what could be viewed as a continuation of a project initiated in her 2014 book Earthquakes, Mudslides, Quakes & Riots: California and Graphic Design, 1936–1986, designer and educator Louise Sandhaus (along with fellow Southern California designer Kat Catmur) zooms in on the exuberant oeuvre of Gere Kavanaugh. A Cranbrook grad and omnivore generalist, Kavanaugh was hired by General Motors in the fifties to work on car interiors, showrooms, and appliances. In the sixties, she left Michigan for warmer, more colorful climes: architect (and father of the shopping mall) Victor Gruen tapped her to design interiors for his firm in Los Angeles, where she still lives. The circle of friends she soon gravitated toward in LA—Deborah Sussman, Corita Kent, Frank Gehry, Ruth Asawa—was as bold and colorful as her work. She established Gere Kavanaugh/Designs in 1964.

Sandhaus and Catmur’s lush, vivid design is an apt tribute to this unsung polymath. Helvetica may be overused, but the style feels utterly appropriate here. In an email, Sandhaus and Catmur admitted that they were “uncertain at moments about using Helvetica at all.” They chose it “because it had been Gere’s go-to font probably since her typographer, Vernon Simpson, acquired it.” But the designers “quickly discovered that the digital Helvetica options weren’t well considered when they were digitized. The spacing in these versions was a one-size-fits-all approach which made for a lot of awkward-looking type.” By contrast, Neue Haas Grotesk offered “beauty, legibility, and even color,” they said. “The result was a much more pleasant typesetting experience.”

Watch Louise Sandhaus talk about Type in Film on June 14 at Typographics. Fonts In Use is proud to be a media partner of the conference. See more work by speakers of the 2019 edition. 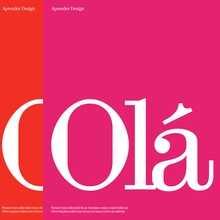 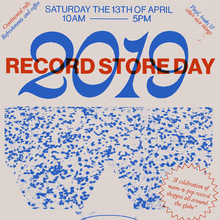 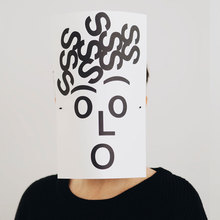 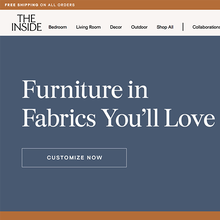 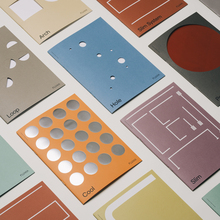 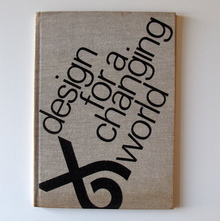 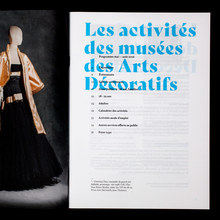 No God But God: Egypt and the Triumph of Islam2000 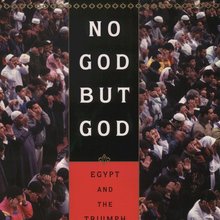 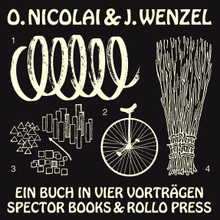 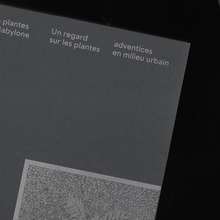 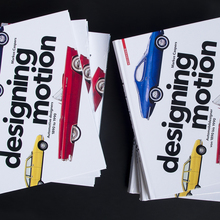 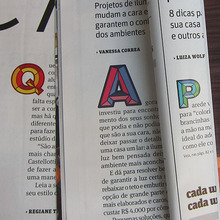 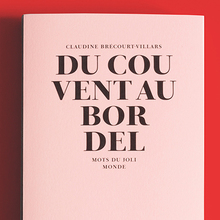 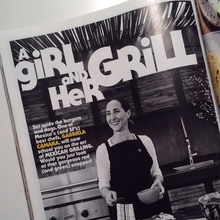