Ben Pieratt built the cart. Now he needs a horse. 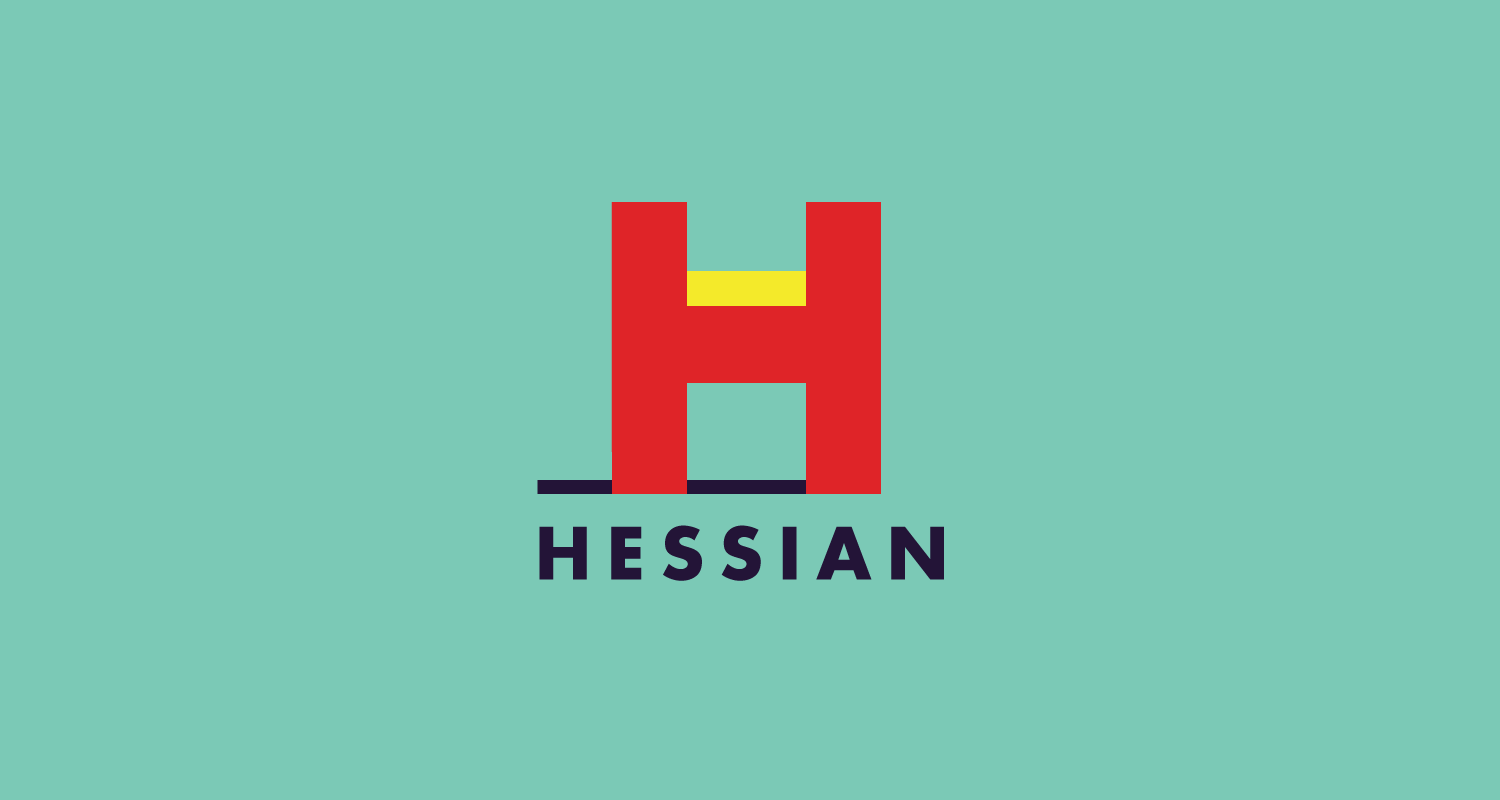 Hessian is a brand without a product, or service, or any kind of business at all … and it’s for sale. If that cart-before-the-horse concept makes no sense to you, it might help to know a little more about the guy who thought it up, Ben Pieratt.

At the maddeningly young age of 30, Pieratt is most recently known for founding a much more serious venture: Svpply. The social shopping site was so successful it caught the eye of eBay who acquired it in September 2012. He is also celebrated by designers for creating tools like Lookwork and The Book Cover Archive, an effort to which Fonts In Use itself owes a lot, in both concept and source material.

But I first came to know Pieratt around 2008 when he revealed himself to be the man behind a great design prank. Schtock was a blog filled with inventive stock photo mashups, often amusing and always beautiful. The site was said to be concocted by an anonymous employee at a major image supplier who was disillusioned with his job. Word spread and the site gained an impressive following, especially in the days before the viral effects of Twitter hit the mainstream. A few weeks later, Pieratt disclosed the truth: he was the mysterious creator of the artwork and the whole act was a publicity stunt for his new studio. It worked. In fact, it worked so well he picked up a new client: Corbis, the provider whose preview images he was using for his collages. 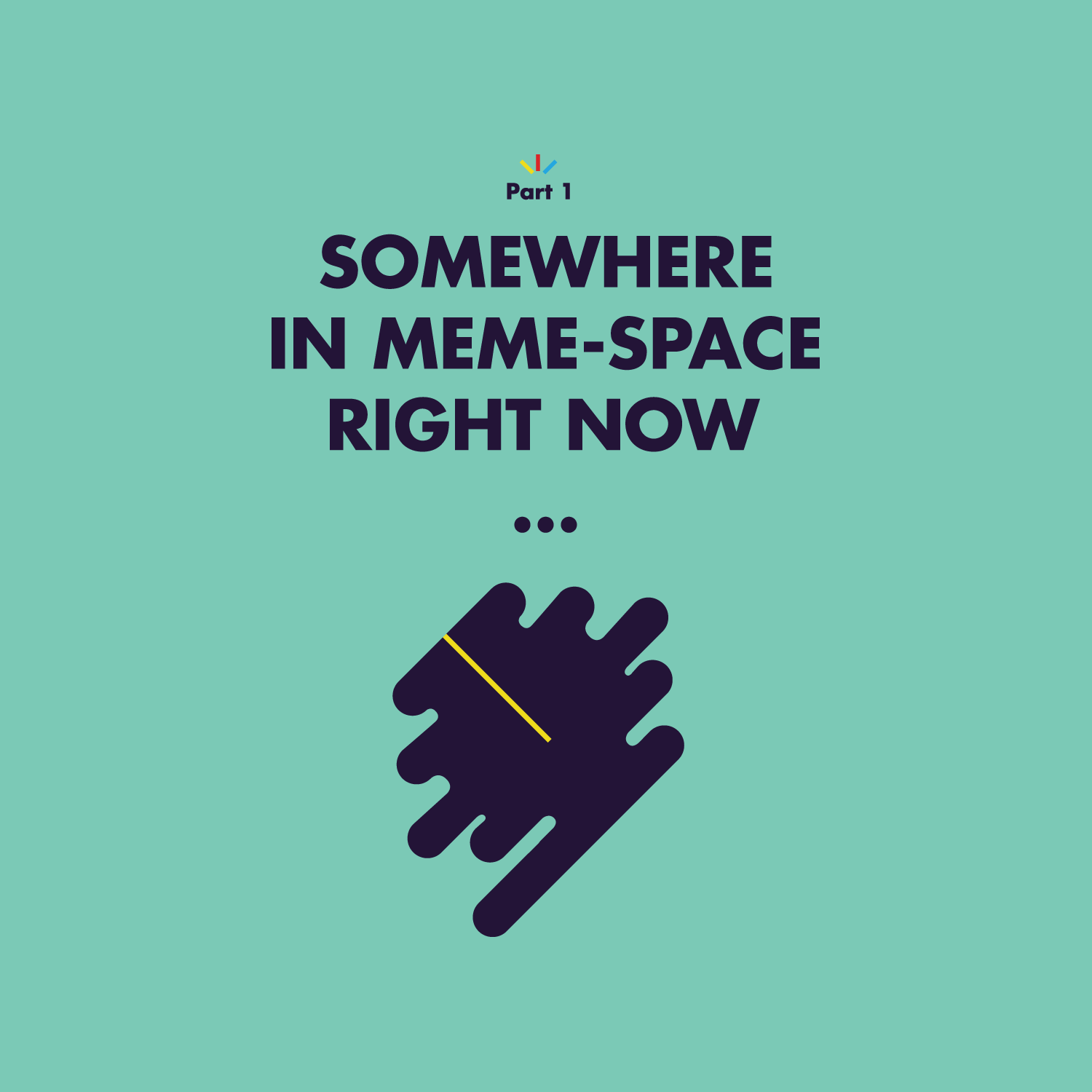 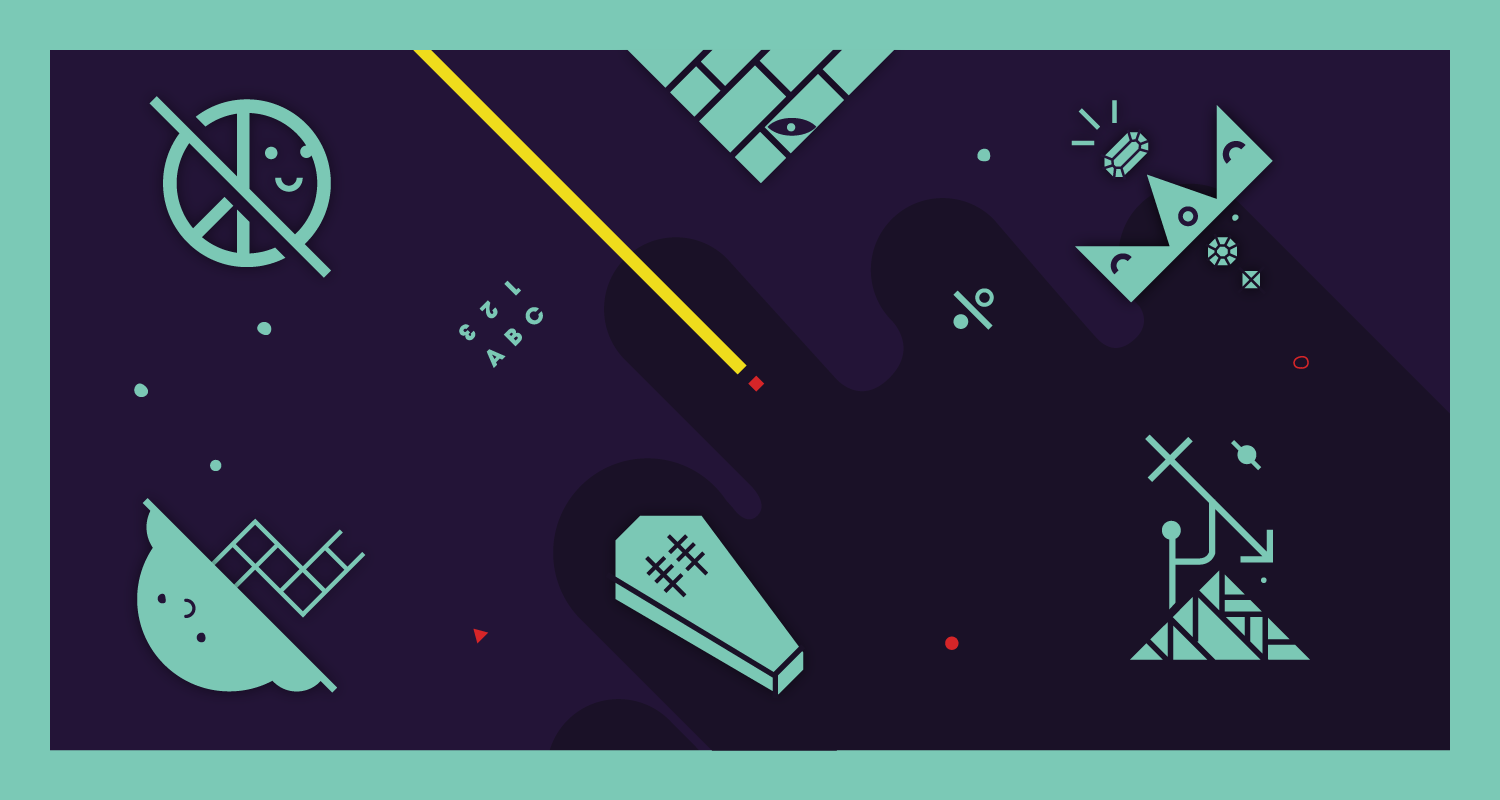 With that context in mind, the enigmatic, tongue-in-cheek qualities of Hessian make perfect sense. This trick has Pieratt art and humor painted all over it. Perhaps it’s just a joke. Maybe it’s a satirical commentary on designers who have their pet favorite motifs and typefaces and apply them to whatever project is at hand, regardless of brief or context. But the $18,000 price tag and list of included goods and services (such as the name, URL, Twitter and Tumblr accounts, patterns, icons, brand book, etc.)? That’s utterly real. Pieratt has the guts and the talent to follow it through. 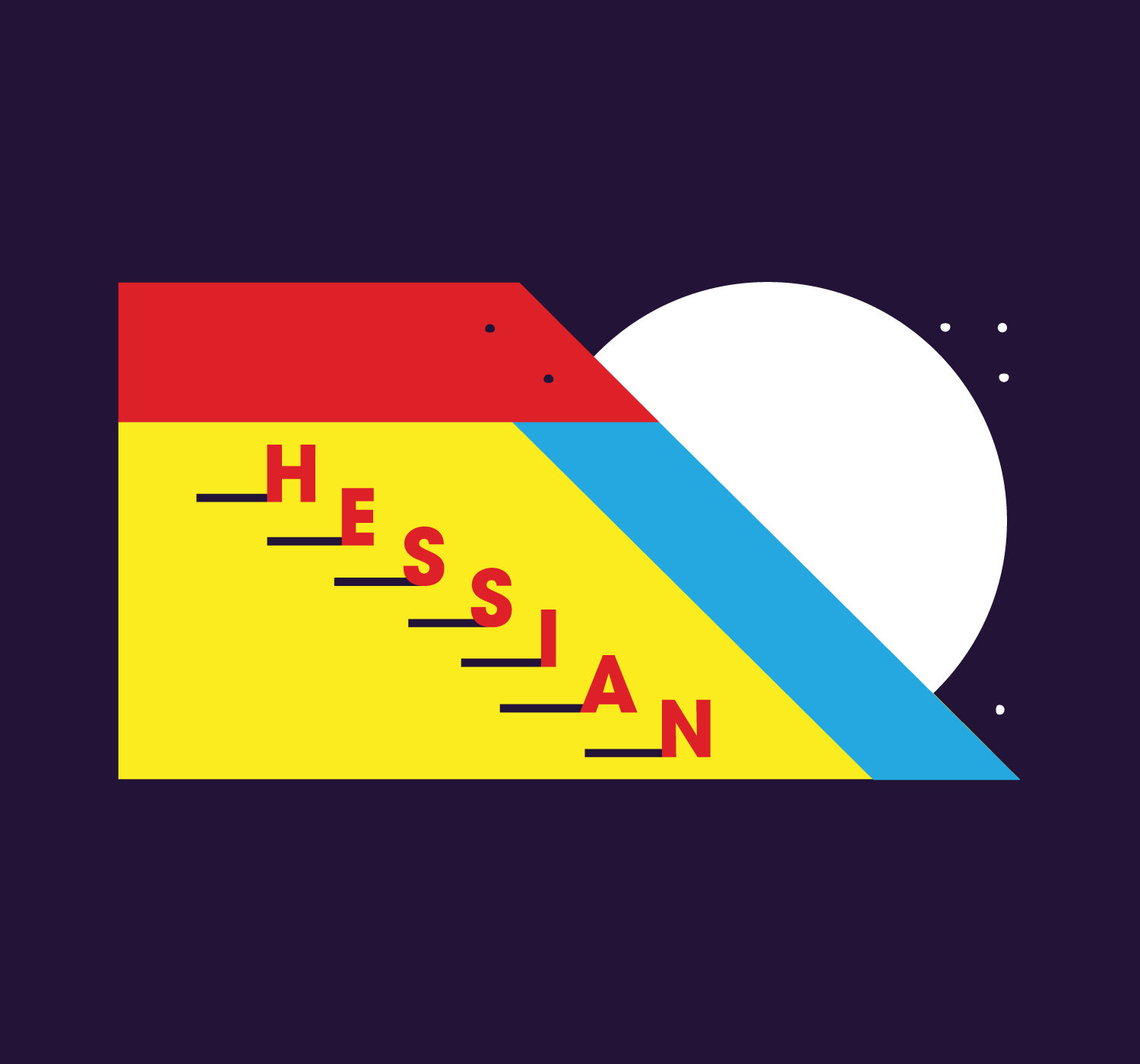 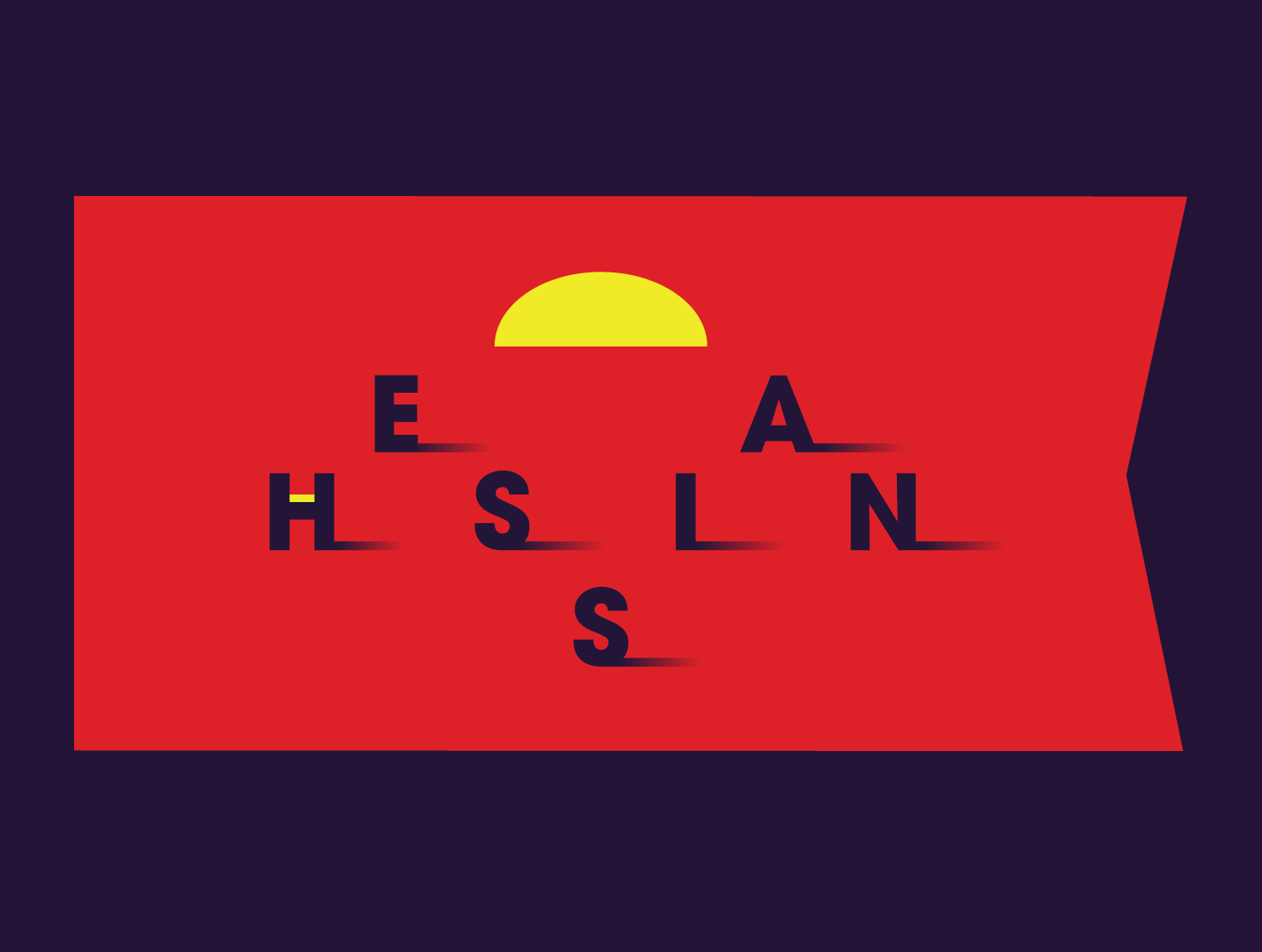 The type used for the various Hessian materials is an odd plurality within a narrow class of geometric sans serifs. They range from Aperçu and Raissonné (by fashion conscious designers’ darling Colophon), to the obvious Futura and ITC Avant Garde Gothic, to Century Gothic (a slightly clumsy system default that is often maligned and neglected these days, but can still be serviceable, especially in bold). 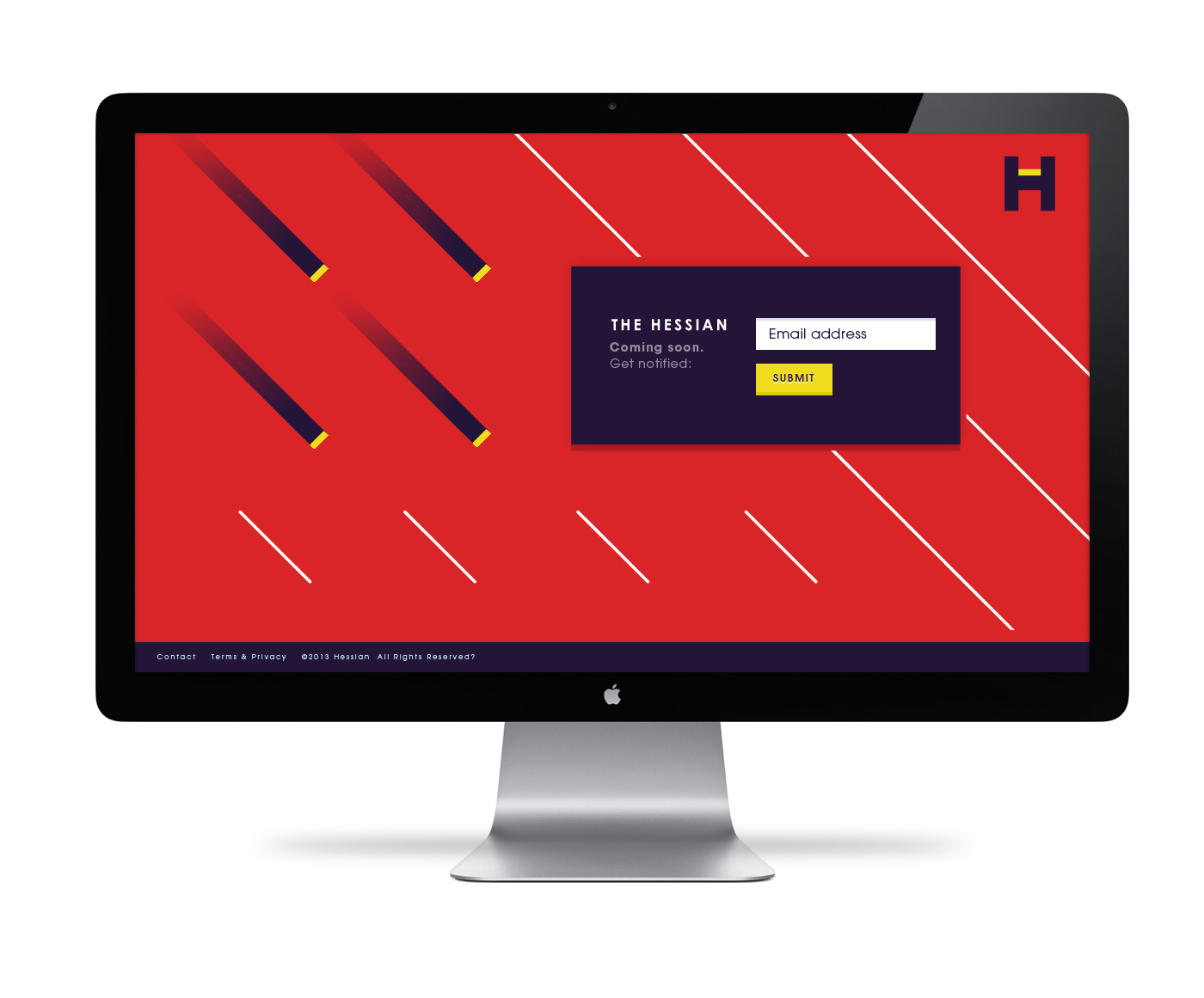 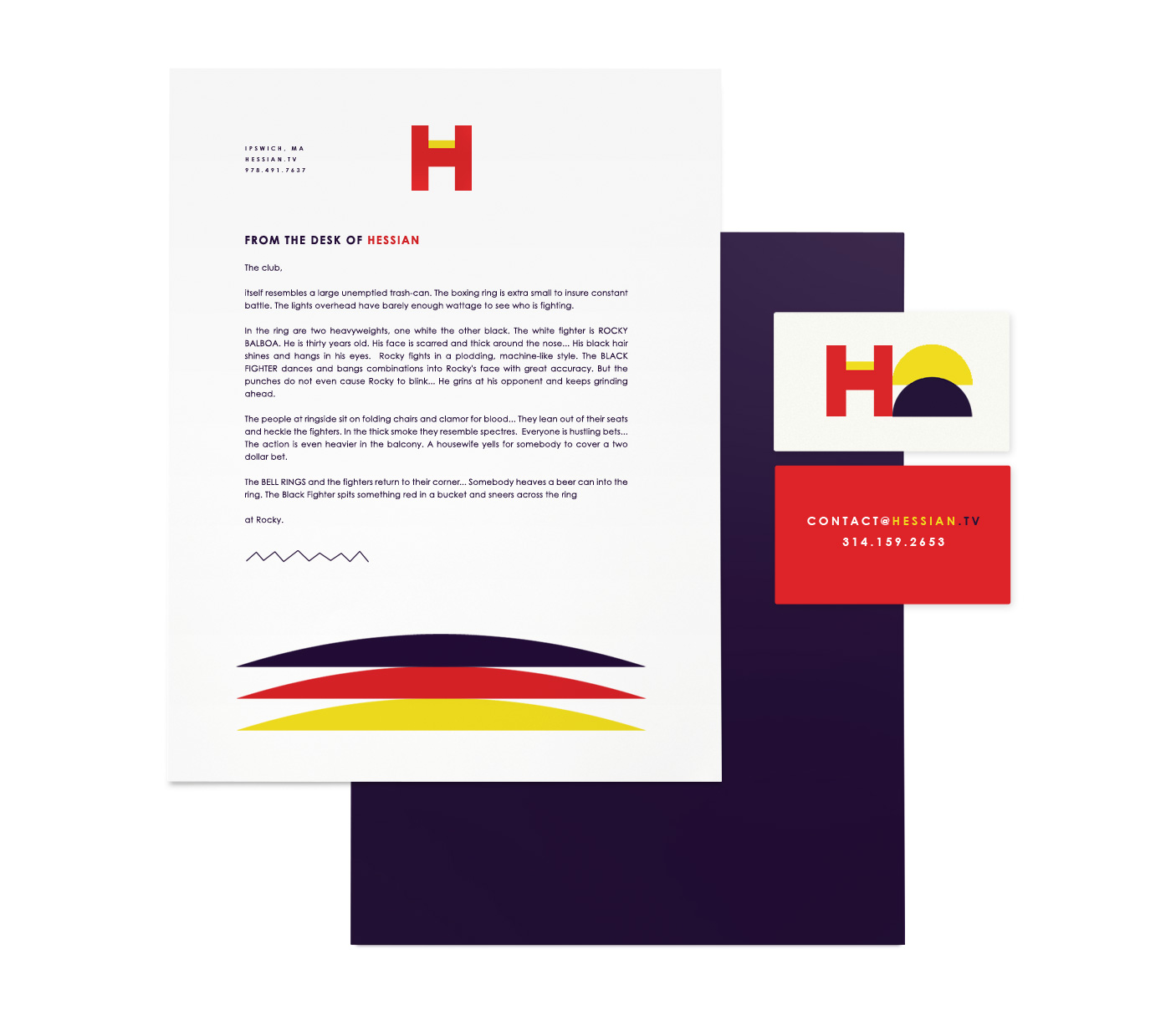 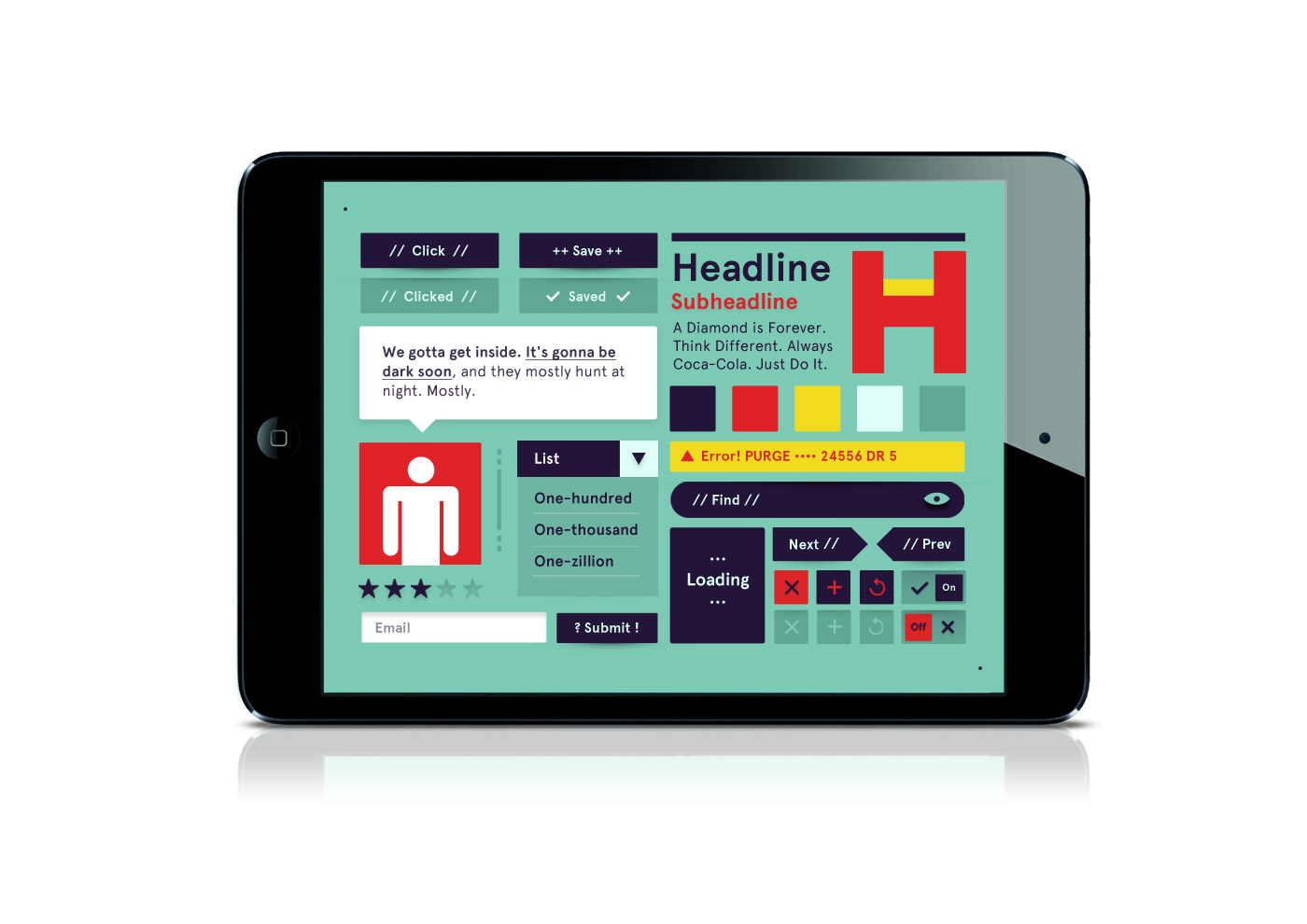 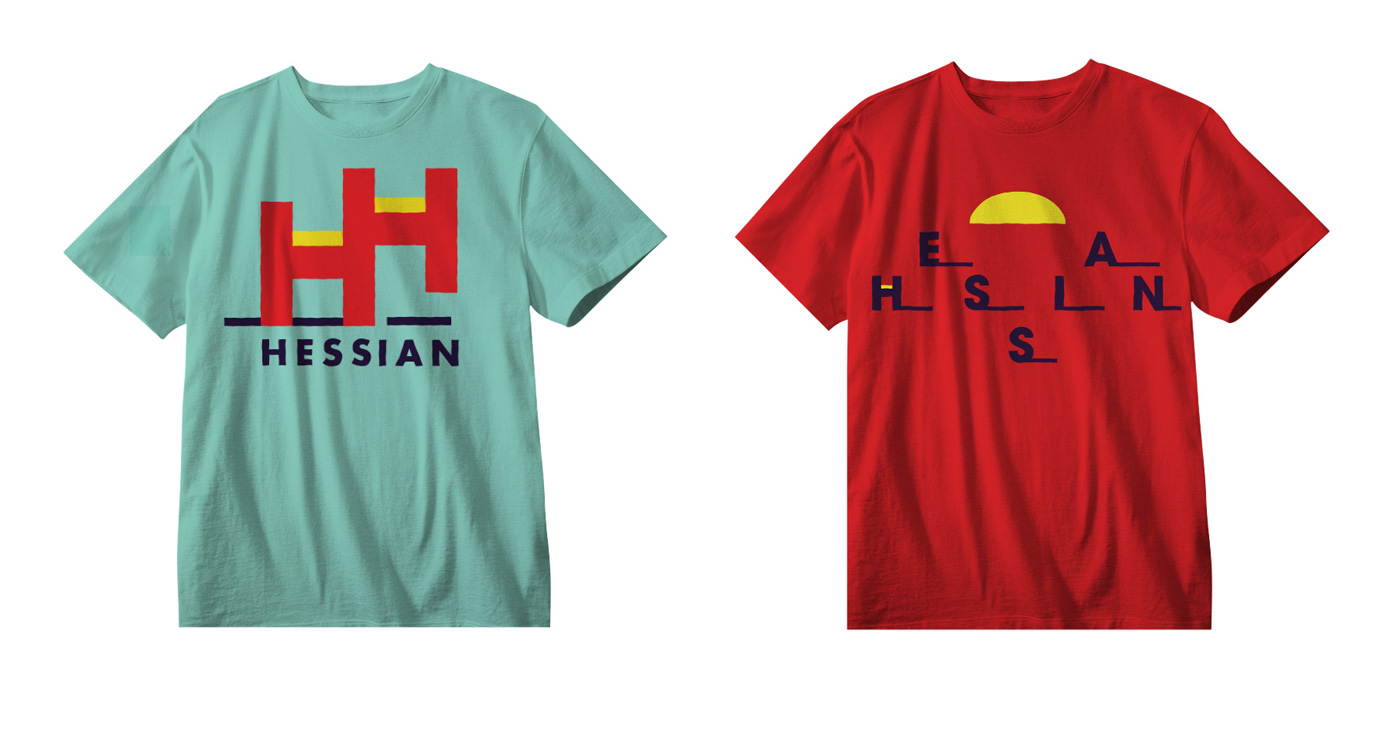 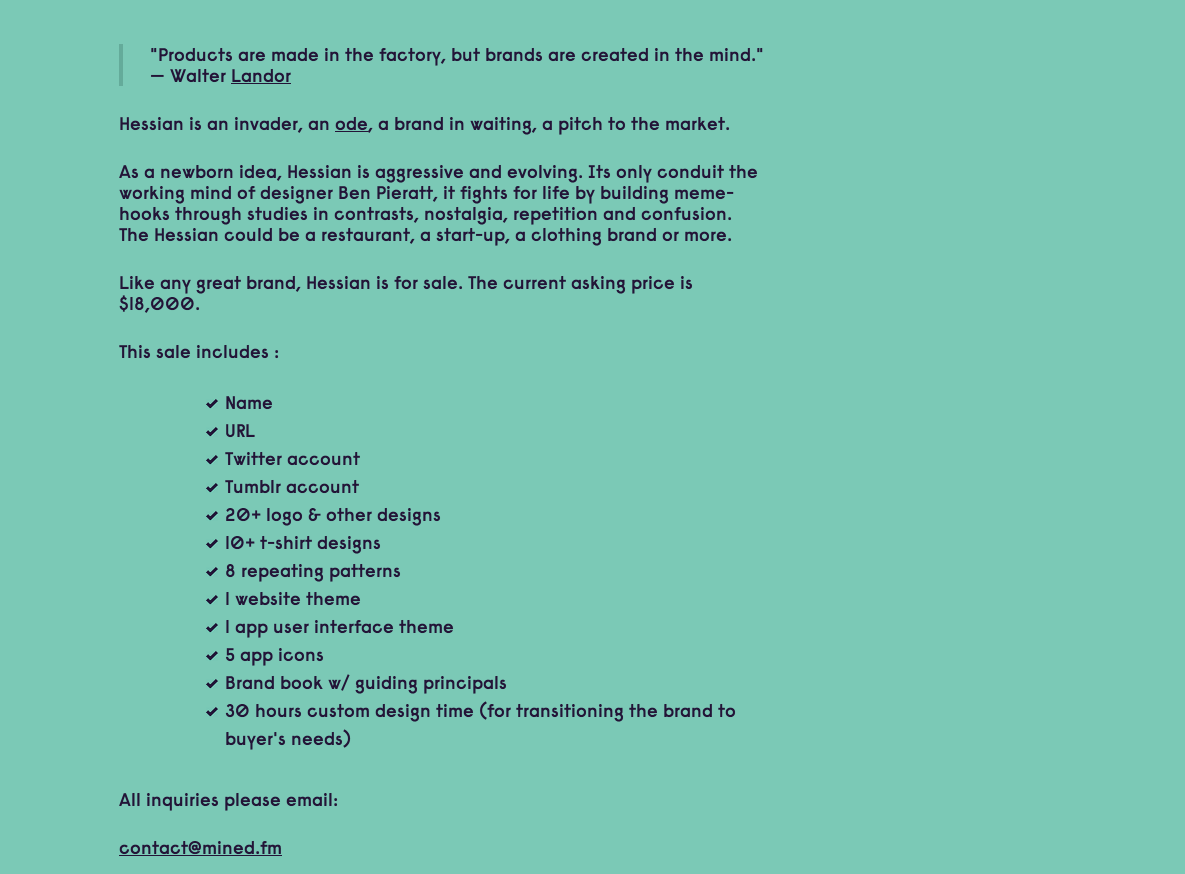 For Hessian’s supplementary info page, Pieratt uses the quirky modernist Raisonné as a webfont. The typeface is described by its designer, Benjamin Critton, as “parodic-serious”. Perfect.

Why this mix of six geometric families when one would do? That could be part of the enigma. Or it could be simply another option in the list of offerings: “Pick your favorite sans … or upgrade for $19,000 and we’ll throw in the lot!”

More Aperçu in use

Poster for a Tony Brook lecture at HfG Offenbach2015