… and the award goes to La Boca for daring to use illustration and unconventional typography.

Contributed by Stephen Coles on Feb 15th, 2011. Artwork published in .

The Oscars air in two weeks. Four of the ten Best Picture nominees were promoted with Gotham, perhaps the successor to Trajan as the movie poster default — a torch passing that I gladly welcome. But this isn’t another post about typeface ubiquity. This is about the rule-breaking posters for “Black Swan” by UK firm La Boca.

If only actors, agents, and studios would let go of their inane photographic (star’s head must occupy 50% of poster) and typographic (star’s name must appear before all other names and be X inches high) requirements, we would see more posters like these — distinctive campaigns that are true to the films they represent.

Yes, “Black Swan” did get the obligatory mugshot treatment, but La Boca was allowed to sidestep conventions for their series of international teasers. 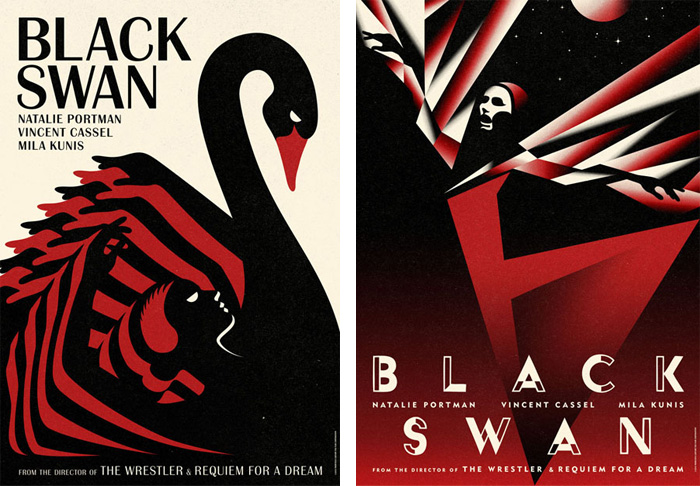 My favorite of the posters features Britannic, a Stephenson Blake design from 1901. This kind of high contrast, closed aperture, turn-of-the-century sans serif (like Radiant and Globe Gothic) is rarely used these days, especially in movie advertising. Even without the illustration, it takes the viewer to another place. Acier BAT, a Cassandre revival (see also Bifur), is similarly striking. Having not yet seen the film I can’t say if “Black Swan” relates to the Futurism movement, but this art transports you in a way that standard posters don’t. 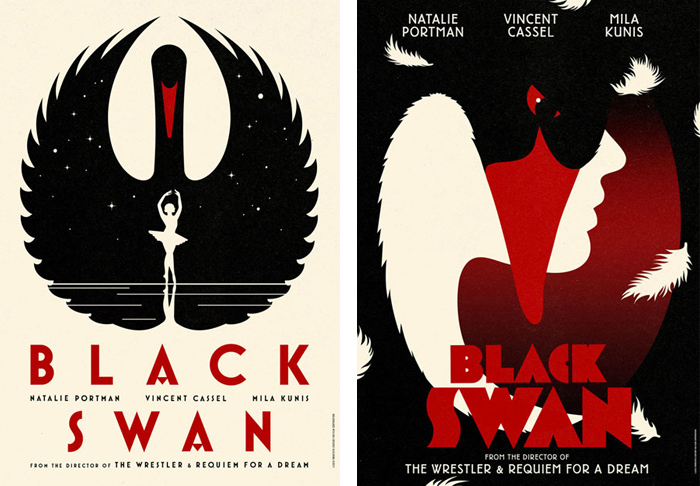 The other star here is Mark Simonson’s Mostra, the most complete digital font interpretation of Italian Art Deco posters and advertising. Designed in 2001, Mostra was a caps-only face with a three styles of letters. In 2009 Simonson released Mostra Nuova which added a lowercase and OpenType functionality.

Looking to grace your wall with one of these beauties? Unfortunately, the full-size posters are not available for purchase, but Fox Searchlight is selling the art on hoodies and mouse pads. I hope they wise up soon and offer the work in its original state. It sounds like knockoff shops are already in the game.

More Britannic in use 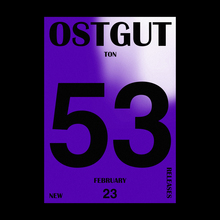 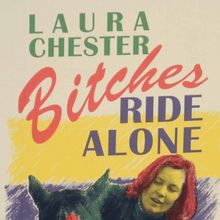 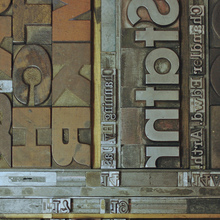 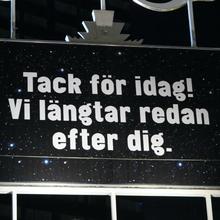 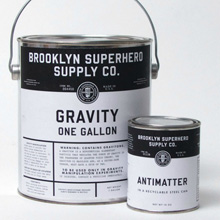 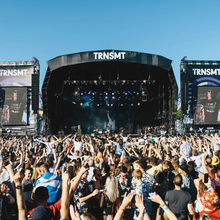 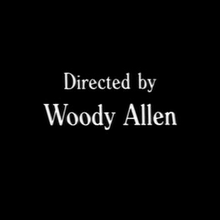 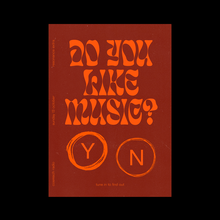 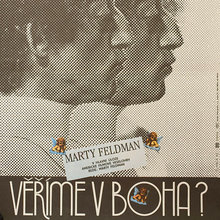 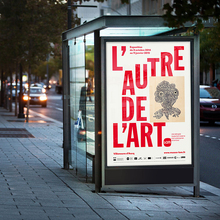 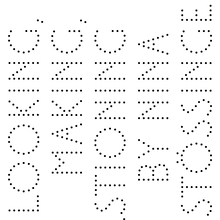 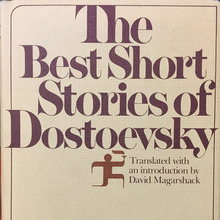 The Palace of Ritual2019 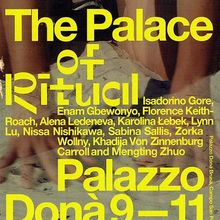