Beautiful bullshit: Jan König explores the meaning of design with a syncopated Estilo. 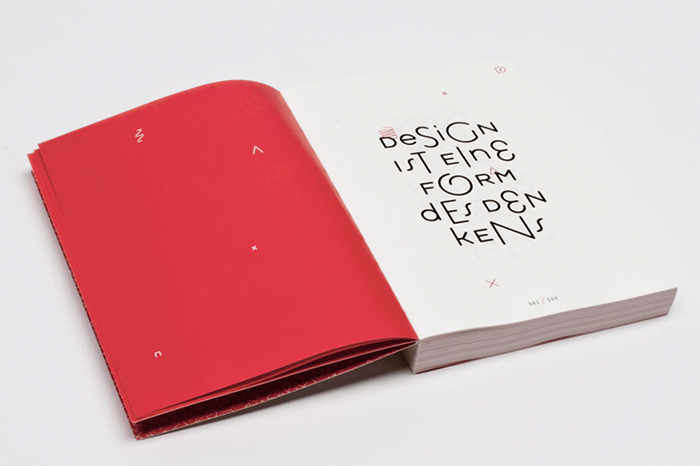 “Design is a form of thinking”

In his Bachelor thesis at HTWG Konstanz, Jan König deals with ethical questions concerning design as a discipline and a profession. What are the values and virtues of design? What is its role in society? How do designers see themselves — how do we position ourselves? The title — Designscheiß — could be translated as “design-related stuff”, but also as “design bullshit”. 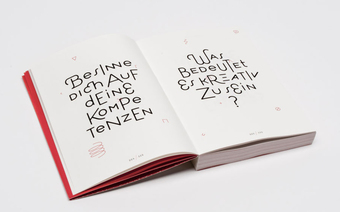 “Reflect on your competencies” / “What does it mean to be creative?” 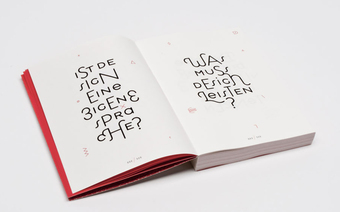 “Is design a language of its own?” / “What does design need to accomplish?”

“Can a good designer be superficial?”

With his 320 statements, slogans and questions, König wants to encourage critical thinking and discourse. The flashcard-like typographic images were worked into a book, a poster and a website. They make for beautiful specimens of Dino dos Santos’ Estilo.

Estilo was chosen because its extensive glyph set with many alternates and ligatures allowed for a great variety of setting options. Combined with Estilo Script and its swashes, the possibilities were endless.

One of the special virtues of Estilo is the fact that its Titling capitals take up the full vertical space, i.e. they span the ascender and descender height of the lowercase. By unconventionally using them in the middle of words, Jan König composed striking typographic textures with a playful, syncopated baseline. He says:

The experimental typography reflects on the theme: When it comes to attitude, there is no right or wrong, but countless alternatives. The nonstandard linebreaks help to establish suitable images and meanings. Attitude in design often is so undefined and vague and can be interpreted in so many ways. I tried to translate these diverse characteristics into staged typographic images. 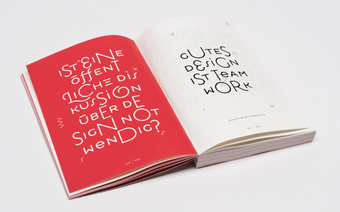 “Is public discourse on design necessary?” / “Good design is teamwork” 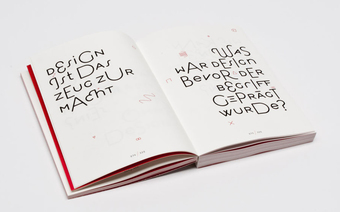 “Design is the means of power” / “What had design been before the term was coined?” 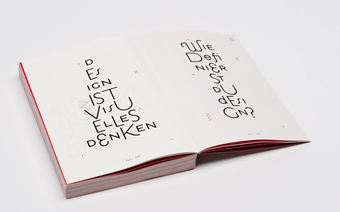 “Design is visual thinking” / “How do you define design?” 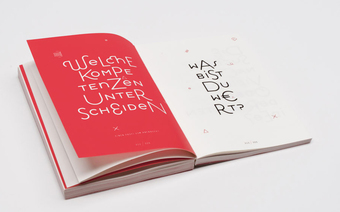 “Which competencies make a difference …” / “What are you worth?”

Each of the compositions is made up of different components found in the fonts. Some characters have been repurposed, for example, vowels with macrons were used as umlauts. The Greek letter Chi stands in for yet another alternate ‘E’ without stem. A heart symbol was the only necessary custom addition. For the book text and the numbering, T-Star and T-Star Mono Round have been used as accompanying typefaces. 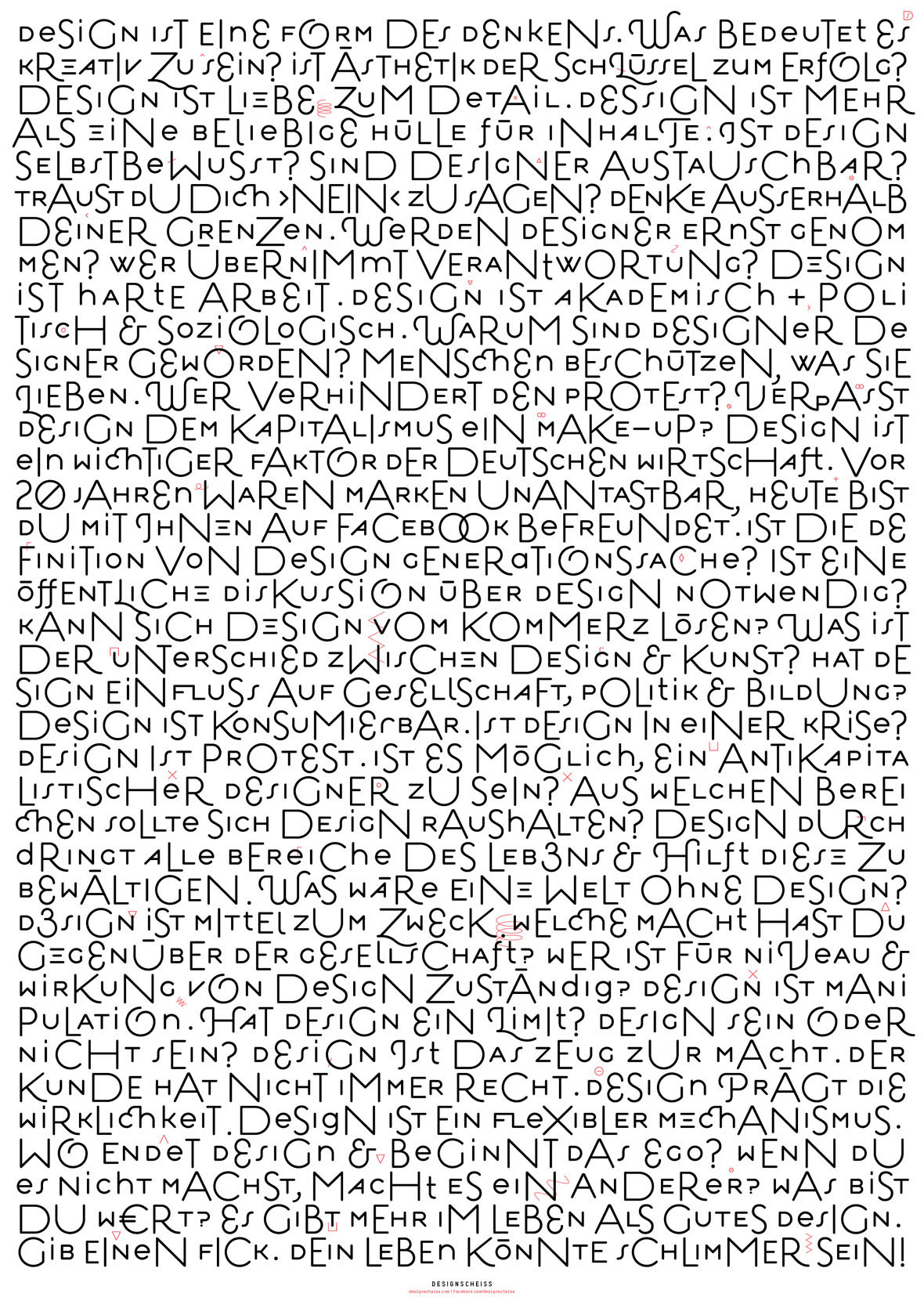 For the poster, Jan König recombined a selection of his text bits and wove them into a big typographic carpet.

The first version of Estilo was released in 2005 and comprised caps and small caps. Dino dos Santos soon added the swashier Estilo Script with a true lowercase and later on a Text version with Italics. The Pro version published in 2010 is a complete redesign. It comes in five weights and merges features of the original Estilo and Estilo Script, but with clearly different details — most notably, it does away with the rounded terminals of the older versions.

More Estilo in use