AnOther and AnOther Man magazines 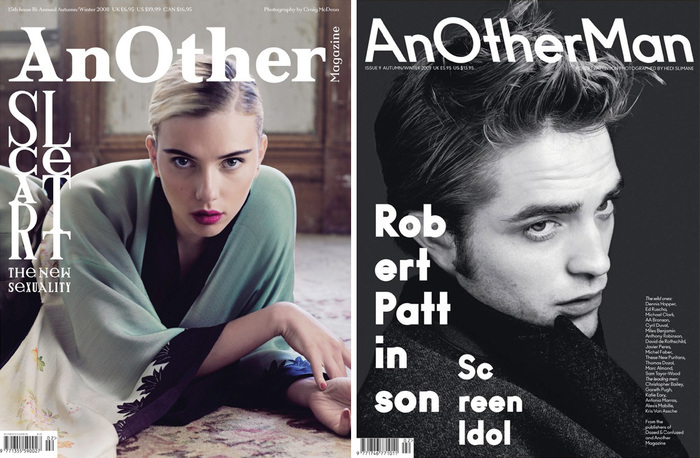 AnOther Magazine Issue 15 and AnOther Man Issue 9. Click to enlarge.

Now celebrating its tenth anniversary, AnOther Magazine is known for the unusual type that accompanies its atypical design. Co-founder and former creative director Alex Wiederin (Buero New York) created many of these typefaces, subtle departures from classics like Futura, Bodoni, and Optima, yet drawn entirely from scratch. You can see Wiederin present a few of them himself in this video tour of his 2009 show in Berlin.

The semiannual magazine is now under the design direction of Gareth Hague and David James, jumping over from sister publication AnOther Man. Hague and James have a long record of highly original type design, collected since 1996 under their Alias label. Some of my personal favorites are the dotted Intimo, the low-fi angles of Klute (used as a reference for the infamous London 2012 identity), the soft Sylvia, the tack-sharp Union, the ball terminaled Perla, and Granite, a unique hybrid of slab and Didone. 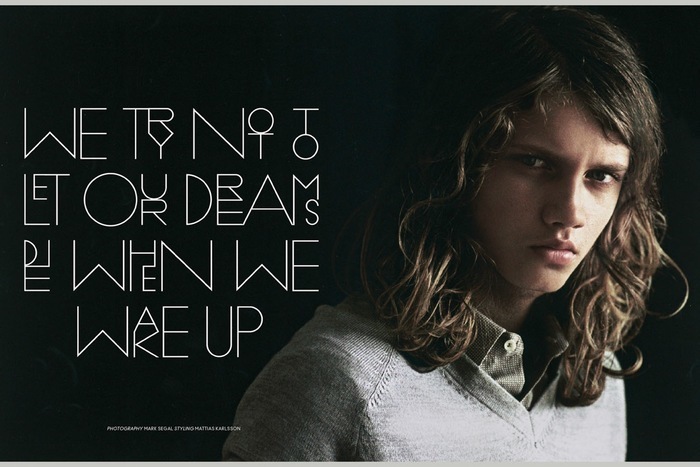 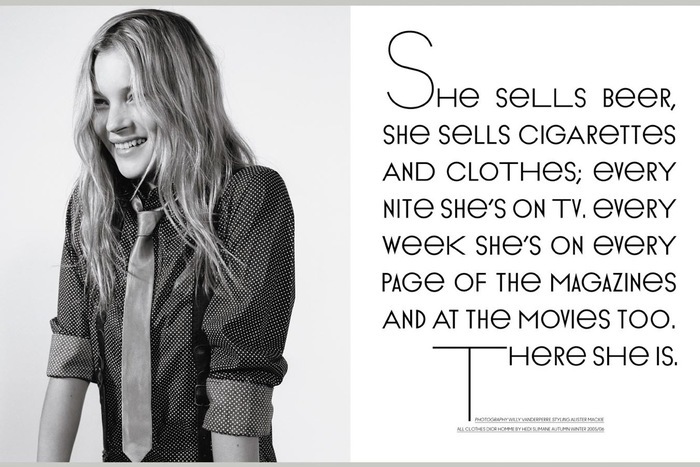 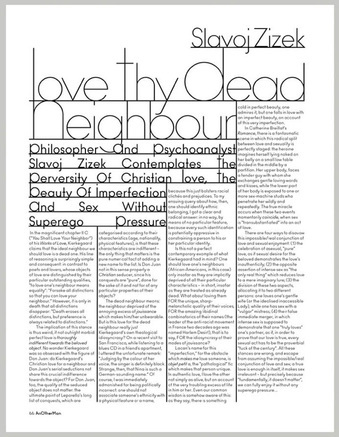 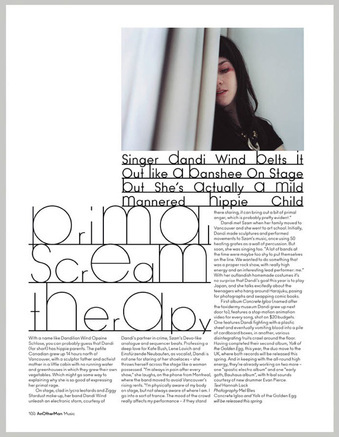 Continuing AnOther’s custom type tradition, Hague brought with him Ano, a family of fonts he created for AnOther Man. Ano’s variants were created to provide an even weight when using them at prescribed sizes. The font names (Regular, Half, Quarter, and Eighth) describe the scale — use Ano Half at twice the size of Ano Regular and get type with the same stem width.

Add to that a variety of uppercase widths and unicase options and Ano is the consummate titling toolkit, offering stacked and textural headline possibilities, bending to the art director’s word image wishes. 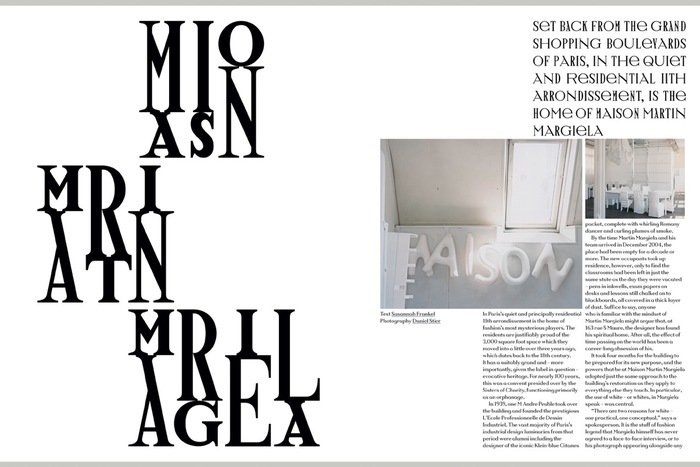 Ano Serif followed. I don’t think it’s as successful, but it certainly lends itself well to the avant garde demeanor of the magazine. Its use as a text face is questionable. 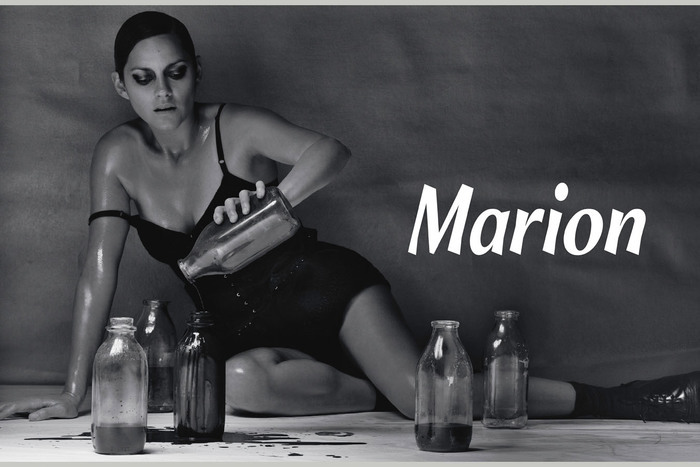 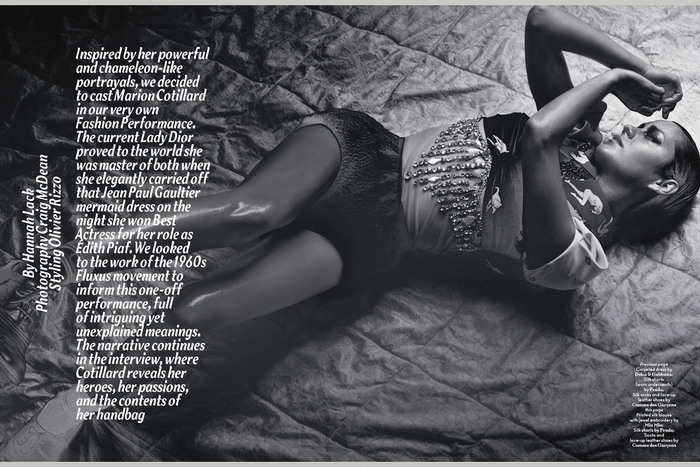 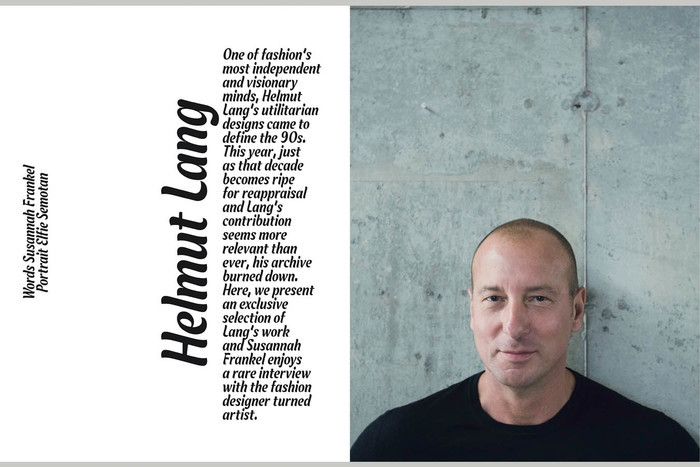 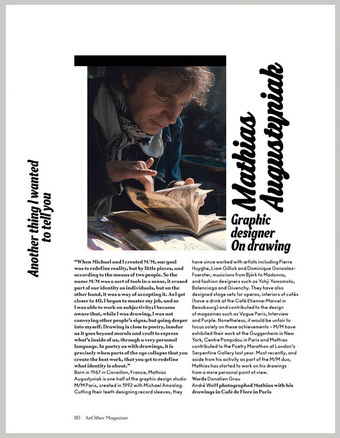 AnOther Magazine Issue 19, featuring Asphalt and Aspic. Click to enlarge. 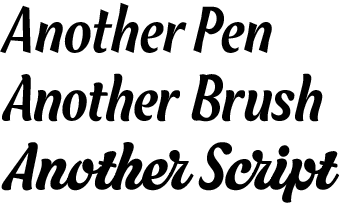 Last year, Hague developed another interesting series of fonts for two issues of AnOther. Aspect (renamed and updated as Asperity), Aspic, and Asphalt are based on the same italic structure, but each has its own pen or brush execution. The organic feeling was a nice departure from the constructed typography of the magazine up to that date. The fonts, along with the Ano family, are now available at FontShop. 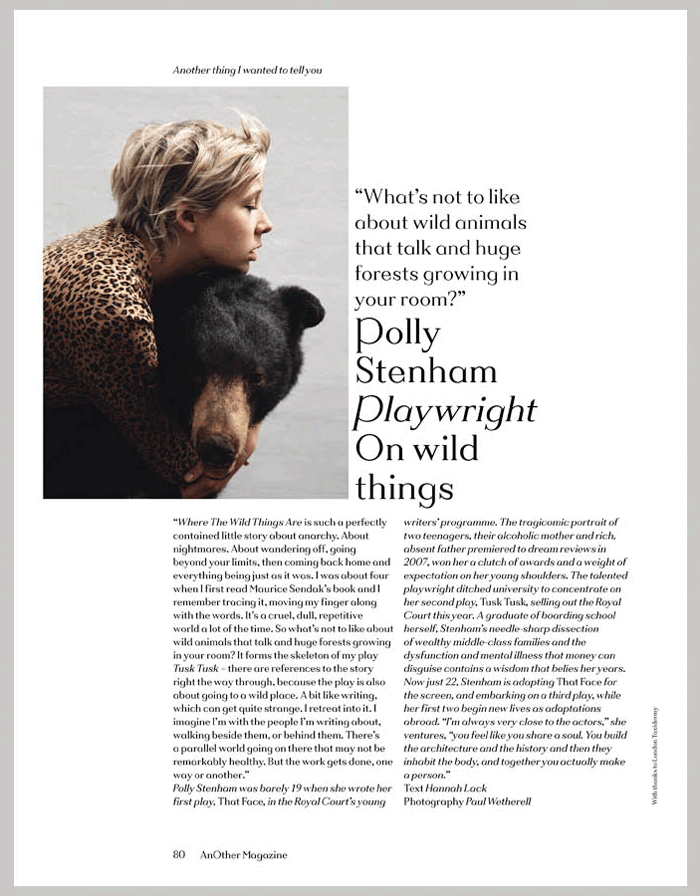 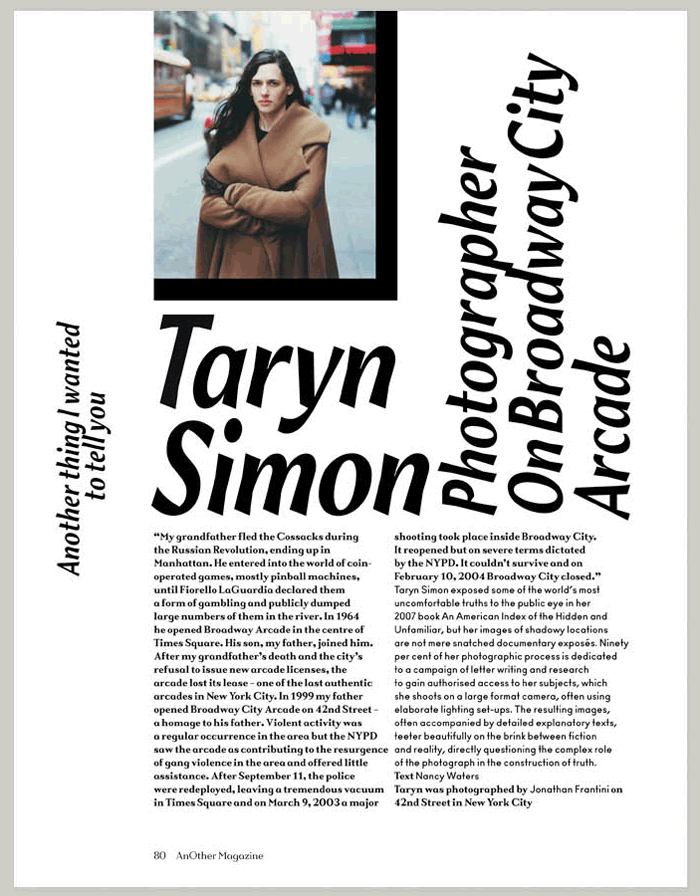 AnOther Magazine Issue 18 featuring Aspect for headlines and Ano for text.

Update: Gareth Hague sent a couple more examples of the fonts in use. The first shows Ano Serif looking quite different in upper- and lowercase. The second is one of Hague’s favorite layouts using Aspect. It suggests one of the typeface’s reference points: Berthold Wolpe’s book cover typography from the ’50s.

4 Comments on “AnOther and AnOther Man magazines”