A few days ago, Apple announced that the next version of the iPhone operating system would enable the hardware volume-up button to be used as a camera trigger, making it much easier to snap quick pics with a device that currently forces you to hunt for a shutter release on-screen. I believe this concept was pioneered by Camera+ in early versions, but Apple disabled the functionality in that app because it breaks their UI rules (no remapping of hardware buttons). 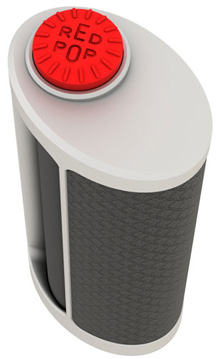 Apple/developer relationship debates aside, it’s a good idea and very welcomed by those of us who use the iPhone as their everyday camera. But it could also always be better. The volume button is still small, and its use encourages a less optimal orientation in which the camera lens is at the bottom right of the phone where your gripping hand often wants to be.

That’s where Red Pop comes in. Taglined as “the big red button for your iPhone camera”, Red Pop is just that: an aluminum and plastic grip that snaps into your iPhone via the dock connector and offers an inviting, touchable button for immediate shooting.

The Red Pop logo was designed by Aaron Draplin with brand direction from Red Pop founder Brendan Dawes. Draplin began with Fun City, a relatively new typeface by Roman Gornitsky which offers layerable variations on a simple geometric skeleton. But the key for Draplin was in the type’s finish. He has a soft spot for soft corners.

There’s just something inviting and approachable about rounded edges. There’s a certain whimsy to them, embracing an intentional shedding of sans serif rigidity. The product itself informed this direction. It’s just something you want to hold in your hand, both comfortable and soft to the touch. — Aaron Draplin 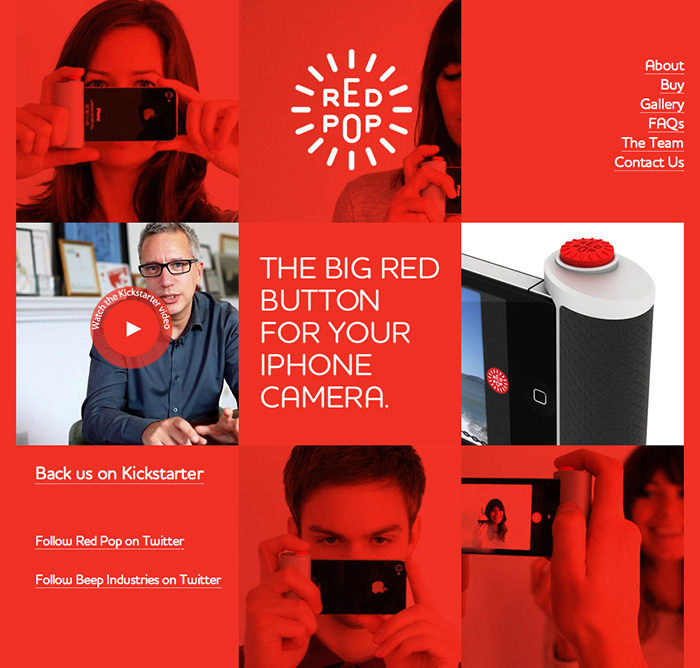 The official Red Pop website, using serving a webfont version of Housckha Rounded for most of the text.

To accompany the logo Dawes chose Nick Cooke’s Houschka Rounded. It reflects the main mark, but offers more conventional lettershapes suited for text, not to mention a lowercase. Houschka is a seldom-seen typeface with a style falling somewhere between the simplicity and geometry of Gotham Rounded and Proxima Nova Soft, and the more irregular, hand-lettering template based shapes of Bryant and Router. What it has that these other fonts don’t have is a huge bundle of stylistic alternates — some more usable than others. Houschka delivers the type throughout the Red Pop website as a webfont served directly by the site’s host.

Houschka felt fun and informal — something which is at the heart of the Red Pop brand. I also think it looks great used quite large, like we do particularly on the About section of the site. Red Pop is all about moments, and capturing those moments, and the graphic design is informed by that: short phrases and sentences that are simply moments, yet tell you all you need to know, or invite you to find out more. — Brendan Dawes 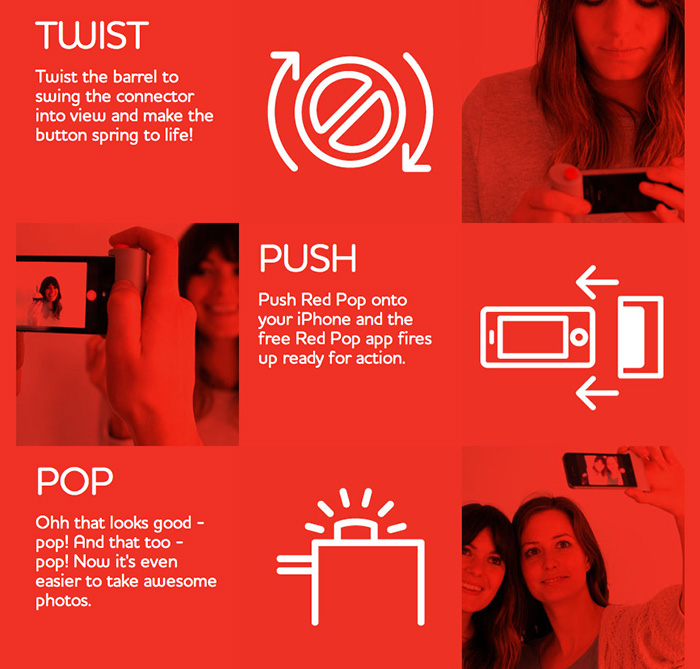 Illustrations on the website echo the weight and style of the type. One quibble: Houschka is spaced too tight, especially in text.

Update, Aug 18, 2012: Red Pop was renamed Popa and the founding company Beep Industries has since closed its doors.